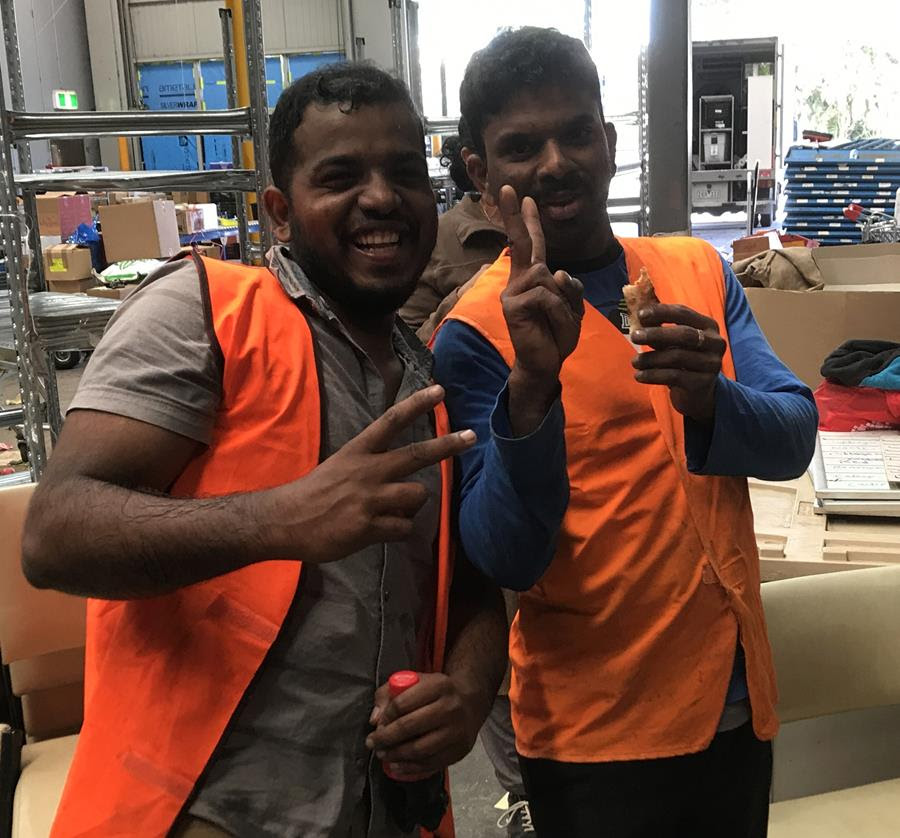 It’s been a big year for Matheeswaran Subramaniam, fondly known as Mathees at the Fair Food warehouse (that’s Mathees on the right moving our warehouse).  In the year he bought his first home in Australia he’s also been able to go back to his Sri Lankan home.  And right now as you read this, for the first time in a decade, Mathees is reacquainting himself with the faces of his family, his friends and all the places he grew up before the civil war.

Mathees came here alone, no family, no networks.  The Victorian settlement agency AMES found him work at the newly formed CERES Fair Food.  And since day one Mathees’ and Fair Food’s success have been intimately linked. Mathees became a Production Supervisor running the Fair Food produce line, organising his crew, the fruit and veg, standing at the end of the conveyor like a head chef at the pass checking each order before it goes out into the world.

For the first years in his new home, with limited English, Mathees navigated through the byzantine Immigration Department maze to bring his wife Kumutha to Australia (he isn’t allowed to bring his parents here). He and Kumutha began a family and set their sights on moving into an outer suburb, full of other young hopeful families, assembling play equipment in backyards and doing the best for their kids.

For somebody who has lost his family, friends, his country, his business (he owned a bus in Sri Lanka) you wouldn’t blame Mathees for being a selfish person. But perhaps it’s losing nearly everything that brings out the opposite – if there’s an opportunity to bring a packet of biscuits for morning tea, a curry for  a staff party, presents at Christmas, Mathees embraces it and each time it humbles the rest us who have had it so much easier.

People’s migration stories are especially important in family histories.  But without a story you’re no one and if you’re a no one it’s so much easier to deny you a dignified welcome, easier to label you illegal, easier to keep you locked up on an island in limbo. Which is why we believe sharing Mathees’ migration story is just as important work for Fair Food as creating jobs for people seeking asylum in our community. 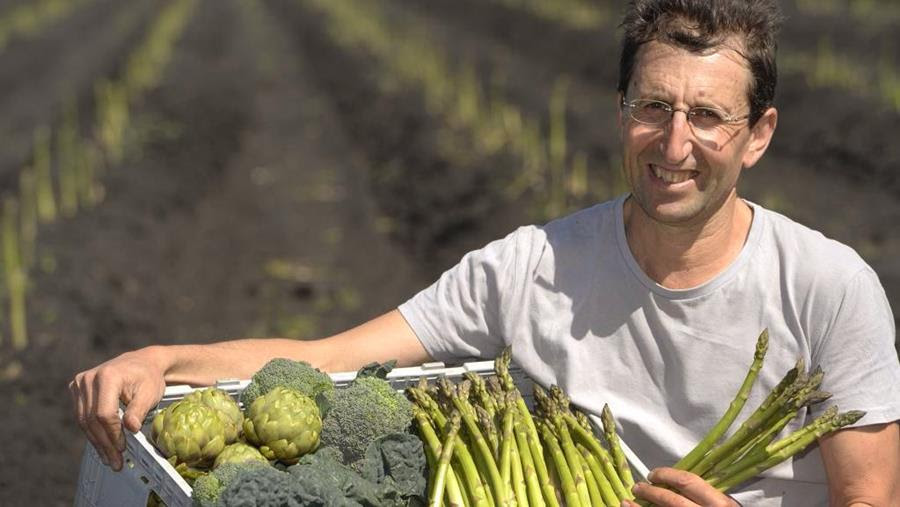 So Fair Food will be closed this Friday for the Grand Final public holiday.  This means if you need to sort out your fruit plate in club colours or stock up for school holidays or just do your everyday shopping – then this Thursday will be your last chance this week for a home delivery (order by midday Wednesday).

In non-football related news, Koo Wee Rup veggie legend, Maurie Cafra (that’s him above), is sending the first few boxes of his asparagus harvest to market.  And with a few more warm days like we’ve just been having, coupled with the fact that asparagus can grow up to 6 inches (15cm) in a day (that’s fully true), it won’t be long before we’re eating it morning, noon and night.  You can find Maurie’s asparagus in the Fruit and Veg section of the webshop.