Almost as soon as I landed in the UK, I began seeing evidence of their handiwork.  Around Lambeth in South London I ran into a community orchard, a community greenhouse, raised veggie beds at bus stops.  Later in two towns in Devon I see rows of edible beds holding pride of place in parks, roadsides and outside community buildings.  At one freshly tended site I spy  a person, wheelbarrow loaded with tools, walking off into the distance and think I’ve just missed the end of a working-bee.

What I was witnessing were community food growing projects inspired by the work of a small, determined group of local people, hundreds of kilometres to the north in Yorkshire.  A group of volunteers who had famously transformed their once depressed former cotton mill town and called it  Incredible Edible Todmorden.

Like a pilgrim I went to Todmorden (locals run the syllables together like they can’t get it out of their mouths fast enough) to be taken around by Estelle Brown, self-described website running granny (that’s her in the pic above).  On every second Sunday volunteers tend to the plantings; we see them making their way along the Rochdale Canal path, pruning and weeding a linear orchard of apples, plums and berries.

All morning as I graze on red & black currents and raspberries I hear myself repeating, “Oh. No way!”  as we walk from food garden to food garden.  There are plantings at the Community Health Centre, the theatre, the local chiropractor, the railway station, in parks, verges, even the police station.  All along the way there are joyful signs, some paid for by the bequest of a former volunteer, naming, explaining and inviting people to eat. One of my favourite things was the vegetable haikus written for the project by a local poet and put up on a fence (see pic below).

These gardens were often put in without permission; the group just went ahead and planted.  The council and local business have since come on board. The Incredibles are bolshie too; they hung their undies on the fence of a block of vacant land owned by a large supermarket that was being used for informal drinking and drug taking. The “Tesco’s is pants” campaign persuaded the company to release the site to the community until it was developed.  Tesco’s also donated the very sturdy raised veggie beds that now produce vegetables Todmordians can freely harvest.

Later that day around a long table in a spectacular Unitarian Church that serves as a base, we share a cooked lunch with all the volunteers and it’s clear that though this project is all about food, it’s also not about food at all. Food is the binder, the universal bringer together explained by the group’s motto is “If you eat, you’re in”.

But what Incredible Edible Todmorden has done is given people control of their town, reminded them that “paid work” is not the only valuable work and inspired a change in thinking around the whole community reflected everywhere from the local school curriculum to the businesses emerging out of this new story Todmorden is writing for itself.

Over 120 Incredible Edible groups exist around the UK and 700 have popped up all over the world (and yes of course there are Australian chapters).  This has all been achieved in Todmorden by volunteers, no paid staff or government funding and true to this spirit I had to force the fee for my tour into Estelle’s hands. 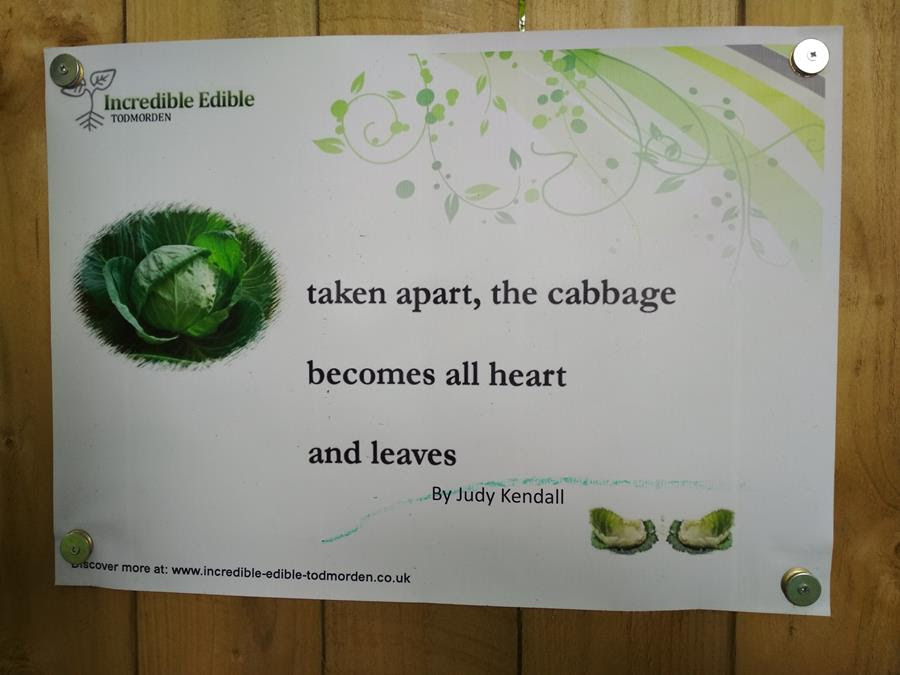 Come down to the farm

This August 5th you are invited to visit our farm.  CERES farmers Emily Connors and Monique Miller are giving  a tour and talk at Joe’s Market Garden.

Joe’s Market Garden on the Merri Creek in Coburg is one of Victoria’s oldest farms and dates back to the early days of Melbourne.  As well as feeding Fair Food and CERES customers, Joe’s Market Garden has become a teaching site for new farmers, a location for community & corporate volunteers and home for the much loved Saturday Farm Gate stall.

Come and hear about what’s growing, going down and  how you can get involved.