Who owns the Farming Zone?

There’s a “Utopia” moment happening in our food regulatory landscape.  One of those times the government’s “got all the stakeholders in the room” to “consult” over a big decision, has made all the right listening noises, but then after everyone’s left, seems to have stayed back for a beer with the big boys and come up with a great new plan by themselves.

The guts of this particular “Utopia” moment is the proposed  State Government planning revisions to The Farming Zone which would require small scale free range pig and poultry farmers to get the same permits as their industrial pig and poultry counterparts. A plan supported by industry representative body Australian Pork Pty.

The new regs also require free range chicken farmers to maintain 100 metre buffer zones to their neighbours – meaning if your farm is around 200 metres wide or less then it’s pretty much all buffer zone and no farm.  Oddly in contrast, an intensive cattle feedlot with up to 1,000 cattle could be established on the same land with no buffer zone or even a permit for that matter.

At the same time Australian Pork Pty are also seeking to remove the labelling of pig farms either as intensive (industrial) or extensive (free range) – meaning it would be very difficult for consumers to tell the difference between meat produced by either type of farm.

What you can do?

CERES Fair Food is joining with the Australian Food Sovereignty Alliance, Friends of the Earth, the Victorian Farmers Markets Association, The Open Food Network, Slow Food Melbourne and 9,371 signatories calling on the Victorian Government to listen to the public’s demand for more high welfare farming systems and to treat pastured pigs and poultry the same as other grazing animals in the Farming Zone, with no permit required. 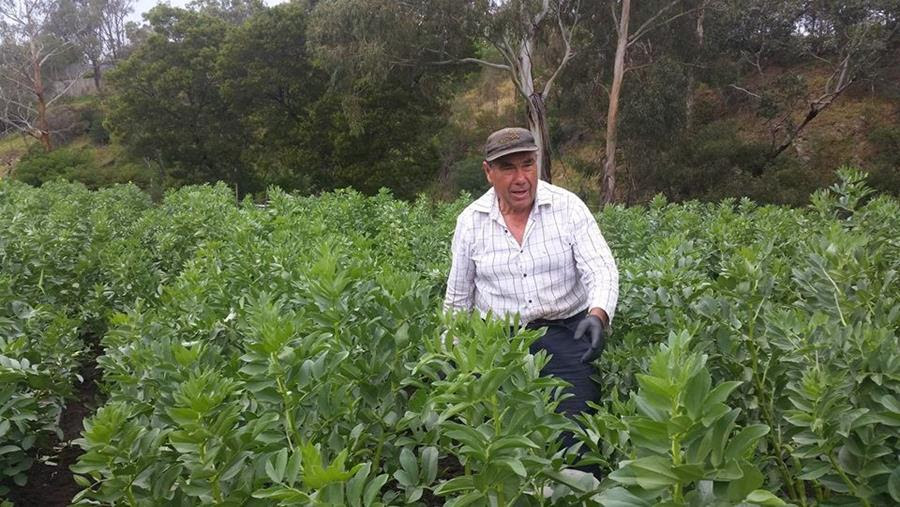 It’s a yearly ritual; spring comes and people in the know feel compelled, called even, to go to Coburg, to Edna Grove, to the Merri Creek, down the gravel driveway, past the giant mahogany gum and out into a field of beans.  Broad beans. Joe’s broad beans.

These beans have been grown and saved on this site by Joe Garita since 1945 and, for the last 13 years, entrusted to CERES’ farmers.  And although Joe’s broad beans are some of the best you’ll ever eat they  have become less and less about farming and more and more of a ritual;  a ritual that brings people together each year around a tranquil little market garden, somehow left to help people find some peace in the middle of our busy city.

Last week I wrote about CERES being a place that helps people fall in love with the Earth; as much as anything we do the ritual of picking Joe’s broad beans encompasses this thought.  So, this year, on Melbourne Cup Tuesday, we invite you to come and be part of this 72 year old ritual and pick your own broad beans at Joe’s Market Garden.

On the day CERES farmers Em and Mon will be have their regular farm gate market as well as:

– live music
– a broad bean cooking workshop from the lovely Amne
– hessian sack races,
– a “how many broad beans are in the jar” raffle !
– and other surprise guests

Entry is a suggested $10 donation.  (Half to support Joe’s Market Garden & half to support asylum seekers.) Get in early it looks like it could be a busy day.