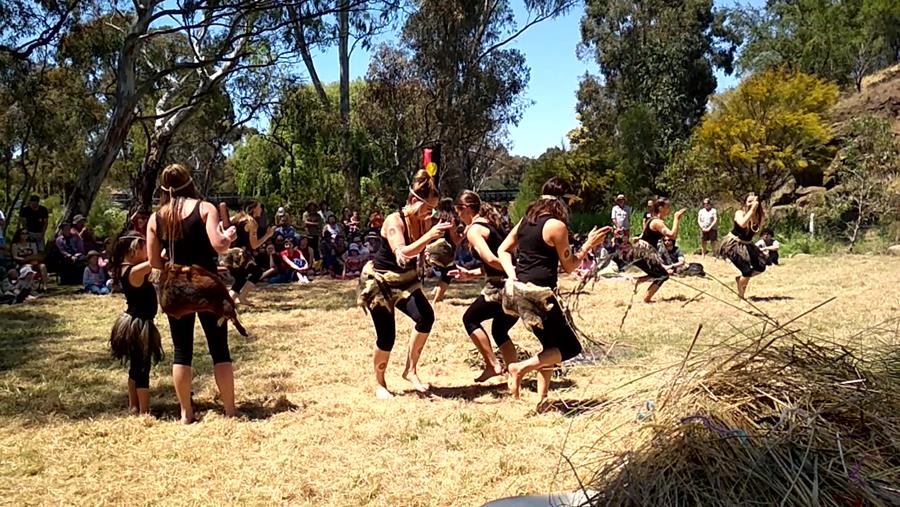 Getting on with it while our old men bicker

This past week while we despaired at our old men in Canberra continuing to deny Indigenous communities a voice at the national table, refusing refugees safe haven, delaying marriage equality and prioritising of the world’s largest coal mining ahead of the world’s largest coral reef, there was down on the banks of the Merri Creek, two small harvest events where local people just got on with it.

The first event was tucked down in the old blue stone quarry at the back of De Chenes Reserve in Coburg where 100 or so people celebrated the 9th annual murnong or yam daisy harvest (that’s the Djirri Djirri dance group kicking off the day).

Before the John’s, Batman and Fawkner, came to Port Phillip Bay with their sheep and pubs bickering over which one founded Melbourne, the people of Wurundjeri-willam had spent many thousands of years coming down to the Merri Creek to harvest the murnong beds they’d prepared the previous autumn.

Each Spring and Summer (they actually had six seasons) after the winter floods had finished Wurundjeri-willam women with their fire hardened digging sticks harvested their murnong, which, like our potato, was the people’s staple food.

Meanwhile, over the other side of Bell St on the Tuesday before the murnong harvest,  a second and much younger tradition was celebrated – namely the first Pick Your Own Broad Bean day at Joe’s Market Garden.  Where CERES farmers and farmgate lovers marked 70 years of the growing and saving of farmer Joe Garita’s much loved broad beans with a collective fava collecting fest.

Putting both celebrations in perspective Wurundjeri-willam elder, Aunty Di, in her welcome to country spoke of the land we stood on as “our mother” –  something we could not harm without harming ourselves.  Which is maybe our starting point, or more accurately our restarting point to our next regenerative culture.

We have found a lovely bunch on Smith Street in Brunswick West who have volunteered their porch every Wednesday to be a Food Host. Eleanor, who will be your point of contact, is studying a Master of Environment specialising in Sustainable Food Systems, pretty apt, we think! Say hi if you see them while collecting your groceries, they’d love to get to know their community better!

The details of are:

There’s plenty of street parking, a slightly earlier opening time and look out for free lemons from the bowl on the gate on your way out.

Deliveries to Smith St begin next week, just choose “Smith St” from the Food Host list and place your order before noon on Tuesday.