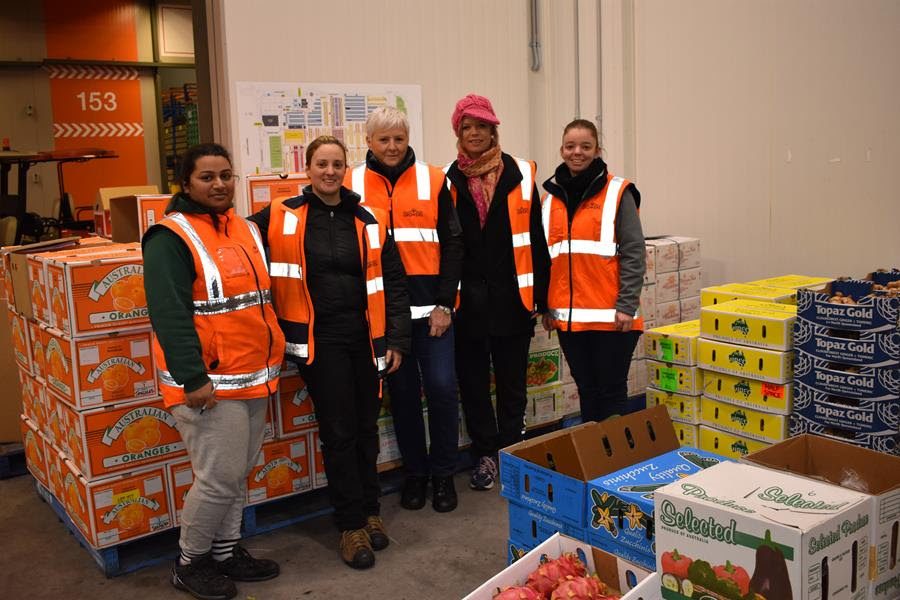 About nine years ago at the Melbourne Markets, Harvest Organic, a wholesale agent unexpectedly went bust owing farmers hundreds of thousands of dollars.  For those left holding the bag it was a bitter blow and for a time a mood of suspicion and mistrust hung over the market.

Early one morning during the depths of this dark time the lights at the old Harvest Organic stand came on again and a woman, Jen Osborne (that’s her above in the centre) tentatively started trading a few organic apples, carrots and pumpkins.

This was the birth of Organic Growers Group or OGG  as it became universally known, Australia’s first all woman owned and operated wholesale produce trader.

There are few industries so completely dominated by men as the wholesale produce market.  At its old Footscray home CERES’ female buyers reported “the Market” as a kind of  male netherworld that got lost in time. It was a place operating in the night, where newcomers attracted suspicious glances and the older Italian traders insisted on pushing a woman’s trolleys back to the truck for them.

Jen was given no quarter by the other traders.  Early on she hit the road, visiting  farmers around Victoria and further afield. Her no-nonsense style won growers’ trust and added lines to the tiny OGG range.  It took a couple of tough years, but slowly with better service and more and more organic produce OGG began winning over customers.

Eight years later and OGG is one of the largest organic wholesalers in Australia.  In this time Jen has been busy recruiting the next generation of female traders, women who will take over OGG and no doubt many other operations at the wholesale market, continuing the transformation she began a decade ago.

Jen says even after a decade here most men patronisingly ask if she works in an admin role.  Whenever the subject comes up she rolls her eyes, adding a withering, “Fuck em,”  that’s so deliciously at odds with her usual professional demeanour.

Thanks to Bernadette at Fresh State for the photo and some of the source material. 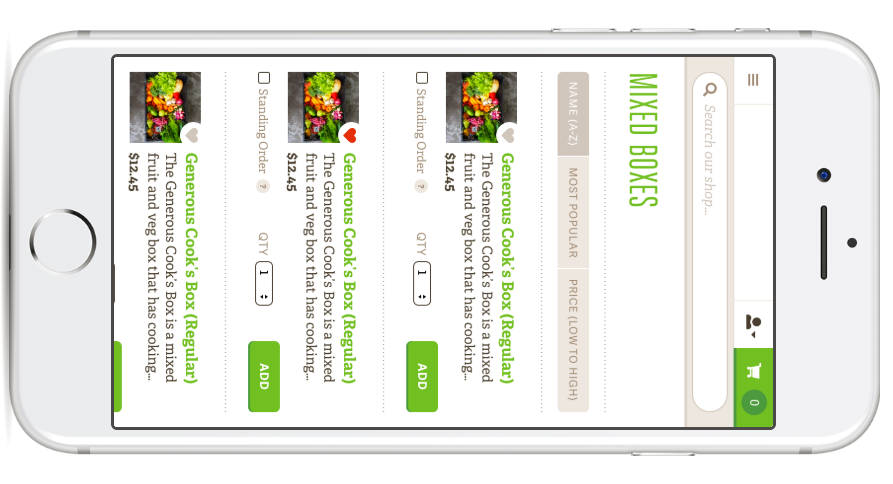 It feels like an album we recorded half a decade ago that’s been held up by a contractual dispute with our record label (which is closer to the truth than we would have really liked).

Anyway, we are on the verge of launching our new mobile-friendly website, which means we are in this sort of “Indiana Jones switching out the sacred gold idol with the bag of sand” situation as we replace the old website with the new, hoping for no disruption to normal service.

Which is not to say the new website is a bag of sand compared to what we have now, quite the contrary, more that it’s a delicate operation and the odd challenge may emerge – though obviously not the entire Temple of Doom collapsing on top of us.

So as the process begins this week behind our existing webshop if you notice anything odd happening could you please tell us.