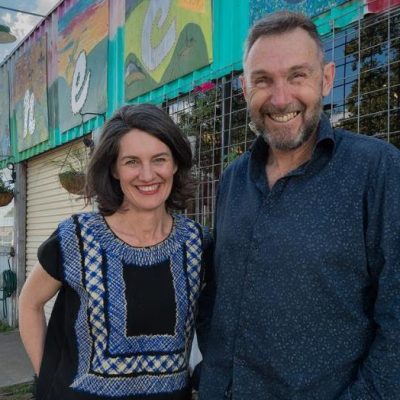 Robert Pekin’s madly infectious smile has the kind of power to convince you to become deeply involved in a new social movement you’ve never heard of, adopt a so-far-out-of-left field idea that gets you simultaneously excited & terrified or has you sign onto a scheme so optimistically crazy that just might work….and possibly get you arrested.

As founder of Food Connect Brisbane’s online grocery/co-operative/CSA, Robert’s been one of Fair Food’s inspirations. After seeing his family’s dairy farm go to the wall during “industry restructuring” Robert launched Food Connect – a business with a not-for-profit heart and a mission to balance the scales back in favour of farmers, workers and eaters.

Robert and partner, Emma-Kate Rose’s, latest mission has been to launch an equity crowdfunding campaign to buy and retrofit the Food Connect warehouse into a food hub that will house 50 permanent and casual local food businesses.

The timing was right; new equity crowdfunding legislation allowing regular people to buy small parcels of shares from start-ups had just been passed.  And so with a target of $2 million dollars and a further $1 million dollars needed for a fit-out, the project was launched as The Food Connect Shed.

Initial campaign progress was slow and steady creeping through the two and three hundred thousand dollar mark.  A few doubts seeped in, fingers were crossed and the deadline was extended.

Robert and Emma-Kate pushed hard; running live events, tours, Facebook feeds and post after post on social media.  But when pledges finally passed five hundred thousand a momentum and a belief had started to take hold.

In the last two weeks Robert has signed up seven new leaseholders including OzHarvest and Ballistic Beer.  And it’s been the tenanting of 80% of the Shed that’s got Robert and Emma-Kate confident they’ve overcome the final hurdle preventing several large institutional and sophisticated investors from coming on board.

The campaign currently sits just below $800,000 and the next four weeks are going to be very interesting – not only for Food Connect but for the entire social enterprise and local food community across Australia.

As Robert points out – for so many other farmers and local food enterprises Food Connect has shown it’s possible to democratise the food system.  Now they’re aiming to do the same with infrastructure and investment. 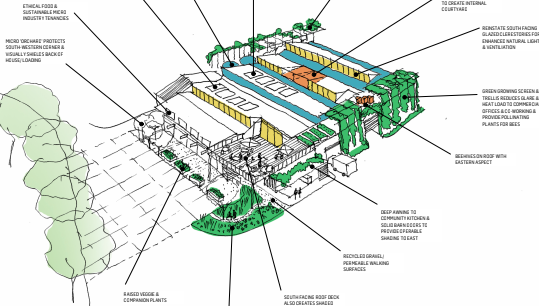