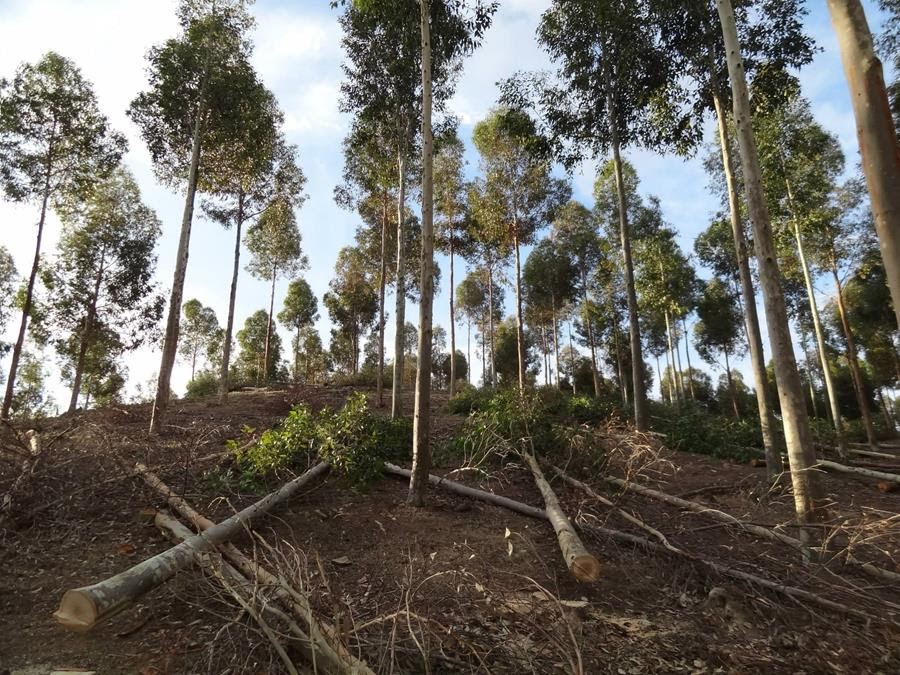 The big cold front rolled in this afternoon.

The Bureau says the temperature has dropped from 18C to 12C though they reckon it actually feels like 6.7C. Which seems like as good a moment as any to talk firewood.

Agroforesters Mal and Ben came to the Fair Food/Wood warehouse in Preston the other day to talk about sustainable firewood.

Mal and Ben have farms on marginal land up in the Goldfields where they’ve been planting native hardwoods for timber for a decade and a half now.

To give their trees room to mature into sawlogs they selectively thin smaller trees out of their stands (that’s thinning in action in the pic above).

The thinned trees, thick as fence posts, are traditionally pushed into piles and burned.

Mal and Ben thought this practice was a terrible waste given the fact that we’re collectively burning around four million tonnes of firewood, much of it sourced from native forests, each year.

But far from scratching themselves and complaining, in 2014 Mal and Ben went out and bought a state-of-the-art firewood processor from Finland and began a plantation sourced firewood business called Wood4Good.

Mal and Ben have been selling their plantation grown firewood around the Goldfield’s region but this year with a large sugar gum plantation coming on they’re going to have a lot more firewood for next year. Hence the meeting the other day.

As you may know Fair Wood has been trialling bagged firewood this winter.  We’ve also had lots of calls and emails about whether we could do bulk firewood too.

Well, next year with a new Fair Wood warehouse coming and Mal and Ben’s help we think we can.

Which is where you can help – we want to give Mal and Ben a rough idea of how much of their firewood Fair Food people might want.

And just to keep you warm to the end of winter we’ve also put all our bagged firewood on special –  which you can find here. 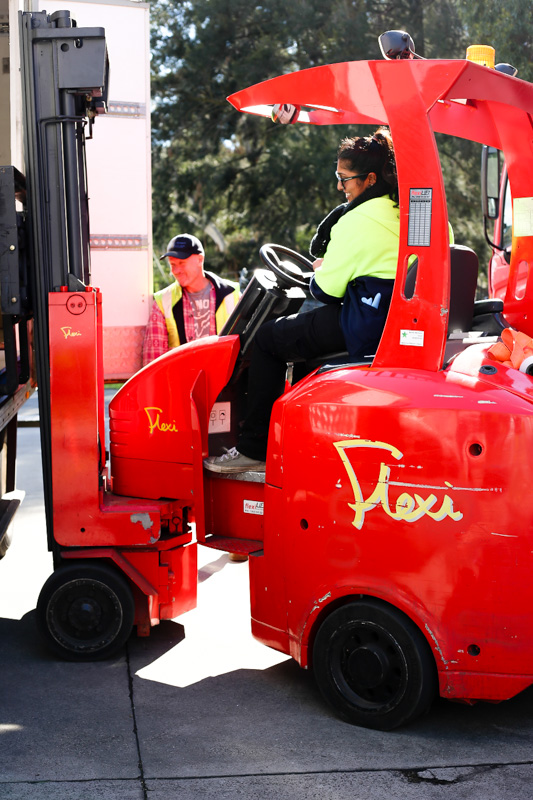 This week we want to celebrate Nicky, one of the formidable Fair Food packing crew, for getting her forklift license.  Nicky had driven forklifts before in Malaysia but like many migrants and refugees coming to Australia she had to go through the whole training/licensing process again to be able to drive a forklift here.

We’d also like to give a big welcome to Kelly, who is stepping into our customer service role to replace Laura who is going to study accounting, Laura will still come and be a guest star from time-to-time. Kelly comes from an animal welfare and veterinary nursing background – which included a recent stint volunteering with animal welfare group AMRIC  in Kintore in the Northern Territory.