When I started researching coffee I heard a lot of talk about cupping. It sounded mysterious; I first imagined cupping was similar to the Chinese medicine practice but with hot latte glasses suctioned to the taster’s body containing different coffee beans and then by a process of infusion he or she came up with a score for each batch.  On closer examination it’s a little more mundane and turns out to be a very uniform protocol roasters use to rate coffee with.

Australian Army peacekeepers Shannon French and Tom Potter (that’s them above) were equally in the dark about cupping when they brought 600kgs of their farmer friend’s green coffee beans back to Melbourne after their tour of duty in East Timor.  Leaving the green beans with a neighbour who worked for a large coffee company they went off to Africa to find work on anti-poaching projects.  They were in the Congo still looking for jobs when an email from their neighbour came; it read, ‘Forget Africa, you’re onto something, this coffee is really good. Come home now!’ The wild harvested Timorese coffee was consistently cupping at 81 or above, putting it in the much sought after Premium and Specialty ranges.

It was the Portuguese who first came to Timor in 1515 who planted coffee on the island.  During the 30 year Indonesian occupation the old coffee plantations were abandoned.  In the rainforestHibrido de Timor, a hybrid of arabica and robusta with a distinctive taste, crossed  while growing wild.  To make some extra money cash-strapped Timorese villagers began to wild harvest the beans.

In 2012 when Australian Army peacekeepers, Shannon French, Tom Mahon, Cameron Wheelehen, and Tom Potter were posted to the village of Belumhato to guard a mountain-top communication tower they had no idea the friends they would make would completely change their lives. First they met Jack, a young Timorese boy, through him they witnessed the extreme poverty of the Timorese.  Here, only 600 kilometres from Darwin, people were walking two hours to collect water, had no access to basic health care or formal education. 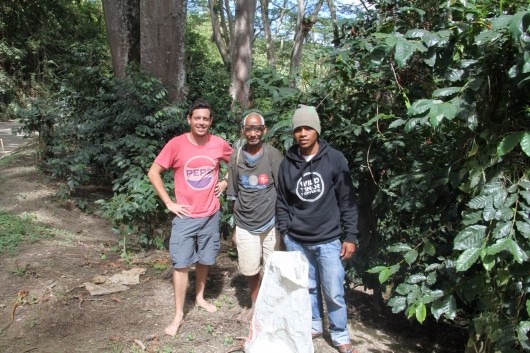 Jack’s family wild harvested coffee and the soldiers got curious about the trade. They discovered the farmers were selling their beans for almost nothing to middle men who were then shipping it off to China at a big profit. They wanted to help their friends but they also felt a legacy. The men were very aware of the debt they owed the Timorese people for helping Australian soldiers fight the Japanese in World War Two.

Coming from a wealthy country with an insatiable thirst for coffee the soldiers thought they’d bring some beans home and get a better price for their friends.  It seemed fairly simple but it took 3 months of red tape to get their first shipment home, then there was the roasting and selling into cafes around Melbourne.

At first it was all a bit ad hoc; but taking feedback from the roasters they learned how to harvest for better quality, they raised money to buy new processing equipment and most importantly they paid the farmers a premium price. 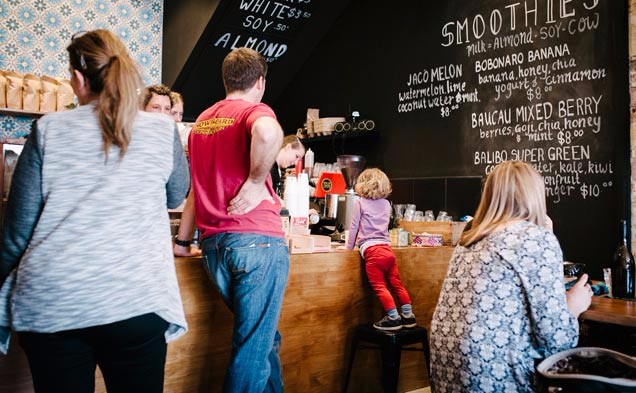 In 2014, after a successful Pozible campaign raised $35,000, Wild Timor opened their very own café in Coburg, featuring food cooked by Ana Saldanha, a Timorese woman who fled the country as a refugee in 1975.  A second café followed in Carlton in 2016.

As things developed and grew, life partners and local NGO’s were drawn in and a more formal program began to take shape.  There is Wild Water, a project that brings clean water to Belumahatu, another is finishing a maternal health clinic and another is building a pre-school.  Demand has grown and beans are being bought from farmers in neighbouring villages and so the change spreads.

One of the strengths of Wild Timor is their presence in East Timor; founder Tom Potter lives there, works with farmers, oversees projects and makes sure that what they started when they first made friends with Jack continues in the original spirit.  It’s a wonderful story and reminds me of that Margaret Mead saying, something along the lines of, the only way things get better is when friends get together to make the change.