SHOP
Menu
LOG IN
Menu
In an unassuming refrigerated shipping container beside the Fair Food warehouse, trays and trays of sprouts grow under lights, tightly packed together along two rows of shelves.  Dan O’Farrell is a farmer, a sprout farmer (that’s him up there chewing on a pea sprout).  And though his farm is only the size of an average bedroom he is working full-time to satisfy the demand for his organic pea shoots, sunflower sprouts and wasabi pea mix. You might have seen Dan’s sprouts from time-to-time in your fruit and veg box, in the webshop or at shops like Tierra Madre, Naturally on High and Organically Grown.
A year and a half ago Dan came down from uni in Queensland to Fair Food as an intern looking to get experience in urban agriculture.  He started off assigned to the sort of necessary but uninspiring administrative work interns often find themselves doing.  Then one day the conversation somehow got around to sprouts and how there were no Victorian sprout growers.  Dan professed an unrealised passion to grow sprouts.  CERES had the aforementioned unassuming shipping container sitting idle. Putting them together seemed like a no brainer and the following week Dan began a new life as a sprout farmer.
Once he’d done his research and set up the container Dan started growing in earnest.  He chose pea and sunflower sprouts mainly because they were simple to grow and much safer than alfalfa or mung bean sprouts which in their warm moist growing process are susceptible to salmonella outbreaks. Now I don’t remember if it was Permaculture founder David Holmgren or motivational guru Anthony Robbins who said something to the tune of – ideas are the easy part, making them happen is hard bit.  Maybe they both did, anyway a lot of people would have found the idea of starting their own farm appealing but discovered the day-to-day reality was not what they imagined and walked away. 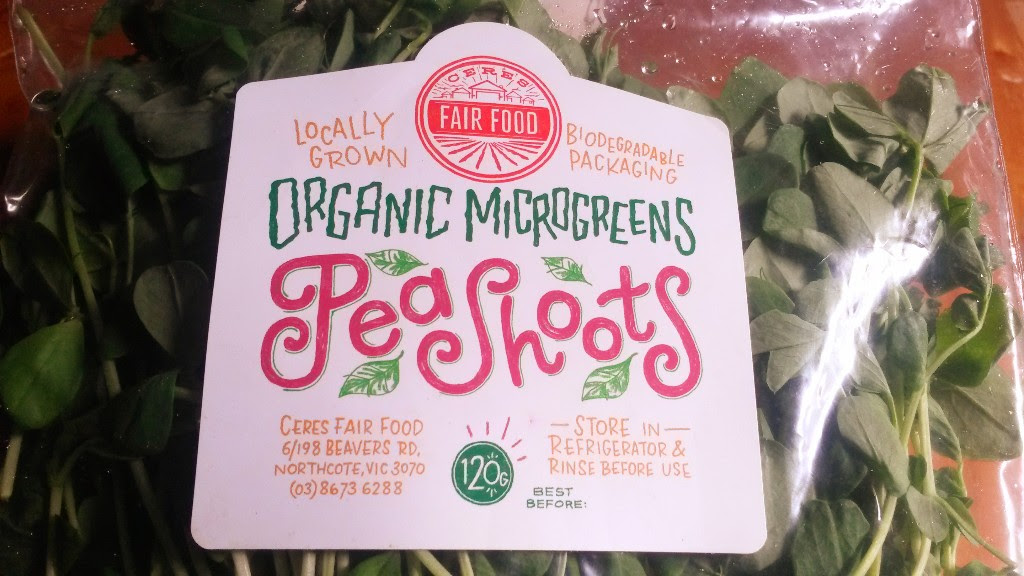 To CERES’ good fortune Dan was one of those rare people who could patiently work through the little and large challenges of starting a farm and selling produce.  And the other day Dan’s sprout farm passed another small but very important milestone.  Dan was talking about setting up a new sprouting area but he was so busy growing and harvesting sprouts he had no time to do it.  To Dan it was another challenge to patiently overcome but for me it was a step in the evolution of Dan’s sprout farm that’s gone from idea to trial  to viable enterprise to this week needing to employ its first worker.
If you’d like to try some of Dan’s sprouts you’ll find them here
Read more …