The almond trees are in blossom at Honey Lane, broad beans are in flower at Joe’s Market Garden and the loquats on the tree across the road from my house are beginning to yellow up.  We have a wild-seeded loquat tree in our front yard, it’s quite large now but the ring tail possums that run along our Colourbond fence at night time have eaten pretty much every leaf on it. I’m okay with that; each year like an old friend who you don’t see often I think I should spend more time getting to know loquats, but when I take that watery first bite I’m reminded that we’re probably just destined to smile, say hi and go our separate ways for another year.

Speaking of spring I spoke to Joe Sgro from Foothill Organics during the week – he’s been laid low recovering from a hip operation but says at least his dams are full and the cold, wet winter will have knocked off a lot of pest insects they get in Colac. Joe reckons his market garden is the wettest it’s been for about 20 years.  It’s so wet he can’t get his tractor in to cultivate but he thinks things are set up very nicely for what will hopefully be a really good potato harvest around Christmas.

Wet, cold soil on the other hand isn’t so great for asparagus; Maurie Cafra from Cafresco Organics predicts this year’s asparagus will be a little later than usual and a little patchy at first.  You’d think growing in the swamps of Koo Wee Rup asparagus would like it wet but Maurie says asparagus does best in a dry winter and if it’s too wet the beneficial symbiotic relationship it has with a type of mycorrhizal fungi gets disrupted, affecting the size of the crop.

With asparagus season, Maurie says, it’s all about temperature and once it gets to 18C the asparagus crowns start sending out spears. The first spears should be breaking through the soil in 2-3 weeks and when the temperature gets up to 20C it’ll be on for young and old, with asparagus plants growing up to 100mm in a day.  Picking asparagus, however, is one of the hardest jobs in agriculture; you get up in the dark and spend the day bending over, trudging up to 6-7km through heavy clay soils. Unsurprisingly Maurie reports that it’s hard to find people who want to do it (and even harder to find people who want to do it twice).

Perhaps this season, when we pull the first salt encrusted spears from under our grills, ready to be splashed with a bit of balsamic vinegar, we could pause for a moment to acknowledge our beneficial symbiotic relationship with asparagus pickers. 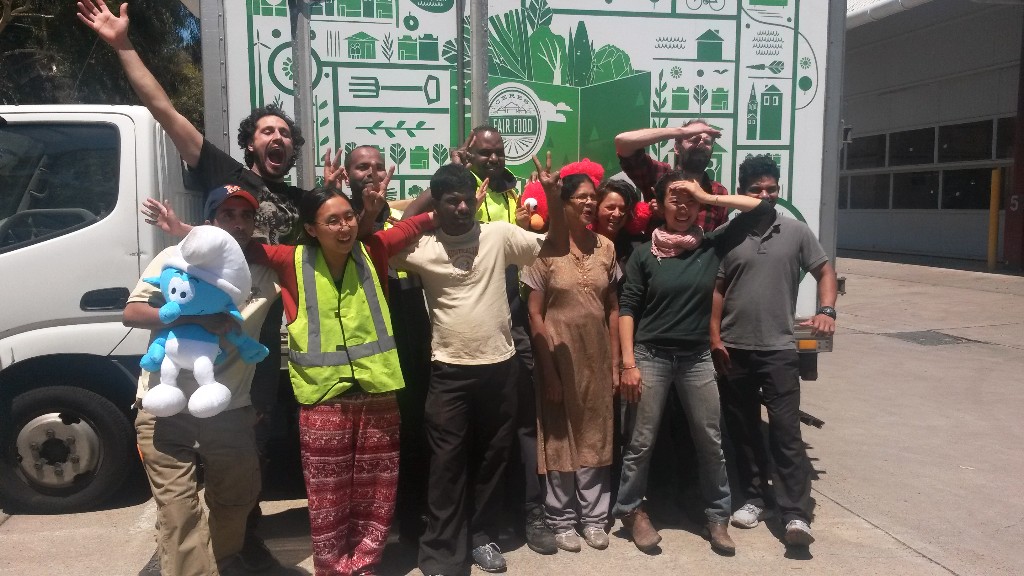 Later this year Fair Food will begin delivering 5 days a week, which means we’re going to need help in the form of a new part-time customer service person.  It’s the role that links everyone together – customers, packing crew, farmers, food hosts as well as the CERES mothership. It’s also one of the busiest jobs at Fair Food.

So, if you’re great at helping people solve curly problems, are organisationally gifted and want to work at the heart of a social enterprise doing good at every stage of the food chain – then this could be the job for you.